It’s wedding season!  We have been lucky enough to be invited to a few again this year for which I am incredibly grateful.  I love weddings!  They mark the beginning of a marriage, of another family being created and, hopefully, contributing to making the community stronger than without it. It comes as no surprise then … Continue reading Sahar’s Blog Presents: Maeve’s Monthly Movie Review →

For this month’s movie review courtesy of Maeve, I picked an oldie but a (classic winter) goodie: Home Alone.

Movies are only the beginning.  The best part are the ensuing discussions, including in the form of a movie review the kind Maeve does. 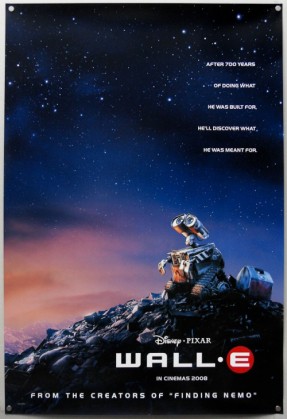 Alarms sound almost daily now about what we are doing to the planet. We are told that we are destroying the fabric our societies are built in, that our economic system will collapse, that our environment will not be able to survive the abuse we are heaping on it. The movie WALL-E has always felt …

My list of writing resolutions for 2015 has been increasing in size as I check things off of it, and that’s a good thing—if I don’t overwhelm myself! Most touchingly in my mind has been the avid interest in this author website that I created.

Interestingly enough, the website itself was created in response to an increasing number of requests for my author website. Realising that perhaps the time has come to have this online “business card” of sorts, I launched Sahar Sabati, Author on 13 January of this year. Initially it was just supposed to be a static website to give visitors an idea of who I was, with intermittent updates to add new publications.

It quickly came to light that this was not going to be enough, and that readers were hoping updates about my writing-related exploits. It is quite humbling to realise that there are people this interested in what I have to share.

A lot has happened in the span of three months. I lost a friend in February. It was hard, but also sweet in the waves of love and support that flowed between his friends, located all around the world.

In the same month, my Facebook page has reached 600 likes; it currently stands at 679 likes, which makes me hope to reach 700 likes by the end of April. I served as a panelist for the 2015 Bloggies, which resulted in my adding some 20 blogs to my Feedly.

Sahar’s Blog has revived one feature, The X-Files Facebook Project, and added a new one, Ask an Author. It also now features some header pictures courtesy of my talented sister (such as this one and this one). I was happy to interview, as part of the ongoing Author Spotlight feature, Jennifer Niven, Elizabeth Bass, Anna Staniszewski, Kristyn Kusek Lewis, and Meena Van Praag.

Sahar’s Reviews has added two new features: Borna’s Monthly Book Round-Up and Maeve’s Monthly Movie Review. And speaking of reviews, Warp and Woof: Weaving Community Life has received a new one, Chills: A Short Story Collection has received two (here and here), as the first volume of Spirit Within Club is one review up (here). I was also interviewed in relation to this title (here and here), which is all the more exciting as I finished, in early March, the first massive edit of the second volume in the series!

And now, regular updates on Sahar Sabati, Author, although I still have not yet determined what the best format would be. A long post once a month? Four medium length posts, once a week? Or as-it-happens updates? If you have a preference, let me know!